A varicose vein is a medical condition caused by the malfunctioning of the valves within veins, causing blood to either flow backward or pool at a single point, causing the area to swell. As a result of the backward flow of blood on a specific area of the body, mostly at the legs and feet, the affected capillaries will become much more pronounced.

Most cases of this rather common health condition can be rectified through a range of medical procedures depending on the severity of the condition. Over 60% of patients have recurring instances of varicose veins after treatment due to a number of reasons which we look at in this article. 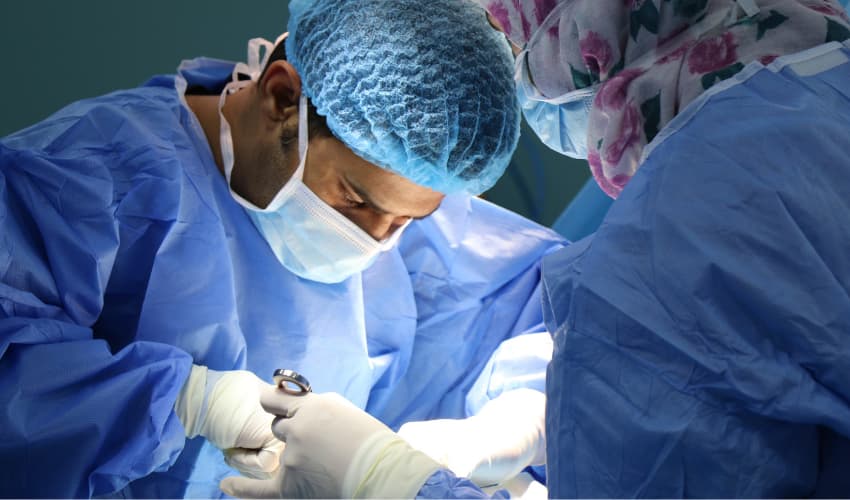 The next segment are people that have varicose veins appear due to career and lifestyle choices.

1. The case of progressive or chronic varicose veins

Genetics plays a significant part in the occurrence of varicose veins and no matter how many procedures are carried out to ensure that blood is cut off from flowing to malfunctioning veins, other veins can develop the same complication sooner or later. In these instances a vascular specialist will look at treatment and management of the condition.

To manage the condition, your vascular consultant will start by identifying the reflux areas and treat them while monitoring other areas of the body and venus system.

Its unfortunate but our overstretched health service does sometimes get things wrong, together with some clinics performing superficial treatment rather then long term treatment of the patient.

It is your right to ask for a second opinion and your vascular specialists results (track record) should be available to view online.

There are cases where the body may end up undoing the work that the varicose specialists had worked so hard to accomplish during the treatment.

There are also some cases where the veins that were initially closed off during the surgical procedures reopen and start pumping blood. The vascular specialists refer to the latter occurrence as recanalization. If the closed-off veins do recanalize, then the chances are that varicose vein is going to make a comeback; a rather unfortunate event that will require another visit with your consultant.

Speak to your vascular consultant about the possibilities, precautions and long term monitoring.

4. The choice of treatment

More often than not, the choice of treatment may go a long way in determining whether your varicose vein will make a comeback or not. Your vascular consultant will discuss the options available to you and your specific condition.

Some of these varicose vein treatments may include the following:

Radiofrequency ablation – this involves collapsing the afflicted vein by use of carefully monitored, high-frequency radio waves. These radio waves are directed to the affected veins, causing them to shut down and eventually close down. Radiofrequency ablation is typically recommended when the condition hasn’t exacerbated yet. The latter is why patients are always encouraged to have a check up the moment they detect a varicose vein.

Laser therapy – this is also another less invasive way of treating varicose vein disorders. As long as your vascular expert has the right equipment, he or she will focus the intense bursts of controlled light over the varicose vein over an estimated period. This rather strategic treatment will see to the vein fade and disappear after a short while.

Sclerotherapy – this is a procedure that involves the injection of particular liquid medication directly to the varicose vein, causing it to collapse and eventually fade away.

The above treatments are all less invasive, unlike surgery. Still, some cases are so severe that your vascular expert will recommend surgery.

Phlebotomy – also referred to as vein stripping, phlebotomy is a medical procedure that involves the removal of the affected vein. With the entire capillary gone, chances are of the varicose vein repeating will be significantly reduced, which is excellent. Phlebotomy is often accompanied by other treatments.

Obesity has been known to be a considerable risk factor in the recurrence of varicose veins.

Pregnancy can also trigger varicose veins and their re-occurrence.