Katie talks about the Glue Treatment she had for her Varicose Veins, performed by Mr Dimitri.

David talks about his treatment for arterio-venous malformation, performed by Mr Dimitri. 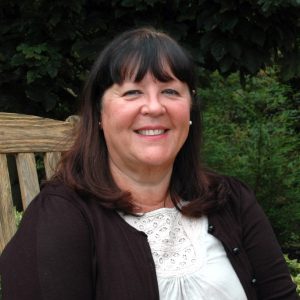 “When I first contacted Vein Solutions I truly believed I was destined to wear trousers or opaque tights and long skirts for the rest of my life.  I started developing thread veins on my legs in my late twenties and by the time I had reached my forties I had numerous patches of them on my lower legs along with some varicose veins.  I began to dread the summer, especially as fashion changed and skirts and dresses became shorter.  Finding clothes for special occasions was really difficult as the veins were so obvious even through flesh coloured tights or with leg make-up.

It was with some trepidation that I contacted Vein Solutions as I was doubtful that any treatment would work.  I need not have worried.  Mr Dimitri and his team were so reassuring and he was confident he would be able to improve the look of my legs.

Mr Dimitri explained that I would need to undergo surgery on the varicose veins initially as these ‘feed’ the thread veins.  After having varicose vein surgery I was then able to undergo thread vein treatment.  The treatments were always carried out in a relaxed environment, very often with music playing in the background.  Mr Dimitri mainly used sclerotherapy to treat the thread veins which involved inserting a tiny needle into the vein itself and injecting a solution which I believe causes the vein to eventually shrivel up and disappear.  Despite the involvement of needles, I experienced very little discomfort either during or after treatment.

I am absolutely thrilled with the results of the treatment.  I am able to wear shorter clothes with confidence, especially during the summer and my legs look better now than they did thirty years ago!  Contacting Vein Solutions was definitely one of the best decisions I have made.”