Due to the advancements in technology, machines are now able to perform and complete extremely complex actions even better than humans. This is nothing new. For the last few decades, robots or programmed machines have been used effectively. Significant developments have been made due to the introduction of robots for medical diagnoses. During the last several years, there has been a lot of progress made in medical robotics. Robots have been developed to care for the disabled, simulation, prosthetics and pharmacies. There are even robots capable of helping surgeons perform difficult surgeries.

The development and application of robotics for vascular surgery have not been as fast as for endovascular technology or endoscopic surgery. Vascular surgery consists of comprehensive longitudinal management and diagnosis of several different disorders. This includes the lymphatic, arterial and venous systems exclusive to the coronary and intracranial arteries. An article about the future of surgery was published recently by The Royal College of Surgeons. This identified which technologies were expected to make the biggest impact in the future. The technologies of wearables, artificial intelligence (AI) and robotics are all currently being used heavily. 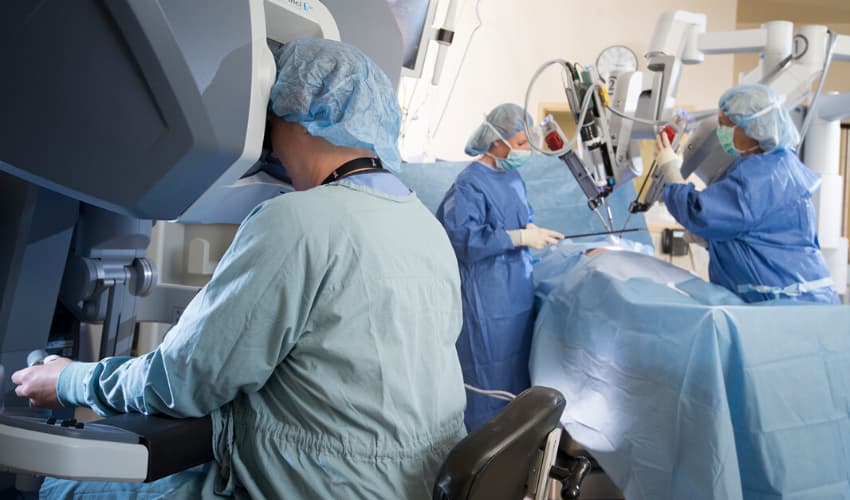 This left three basic options for the clinical teams. They can become consumers, early adopters or innovators. Each option offers different responsibilities and merits. When it comes to cardiovascular medicine, there are different robotic applications. This includes endovascular catheter platforms like the Corindus Corpath system, the Hansen Medical/Auris Magellan robot which is more electromechanically advanced or laparoscopic systems including the Da Vinci robot. Johnson & Johnson acquired the Magellan robot recently for $3.4 billion in United States dollars.

A health technology assessment is an extremely important pre-requisite for every new technology. This is how efficiency, feasibility and safety are evaluated. In regards to the robotic catheter technology currently being used for the co-axial catheter platform for Magellan, the (HTA) health technology assessment has been performed for more than a decade at the Imperial College in London. This is an excellent example of translational research for bench to bedside. This entails a programme for rigorous pre-clinical evaluation, collaboration with the industry to receive approval from the FDA, proof of concept, first-in-man and CE marketing.

Robotic Surgery at the Hamlyn Centre regarding input for in-house engineering and an evaluation program for graduated clinical evaluation are also involved. The Healthcare NHS Trust at Imperial College has treated 116 individuals through 150 intervention targets. Due to the range of interventions, technical success has been excellent. The interventions include occlusive disease, the repair of complex and standard endovascular aneurysm, complex endoleak treatments and carotid and arch intervention. The use of robotics did not result in any device or access complications, adverse neurology or mortalities.

Despite the fact the data involved numerous vascular beds and is heterogeneous, the early clinical experience from the series provided an important message. When a manual approach was used, sixteen percent of all of the cases had failed in the past. Of the total group of cohorts selected, 42 percent were chosen because of their diverse anatomy. In addition to this group, many others have demonstrated the feasibility and safety of robotic endovascular technology. The best benefits seen have been for the more complicated endovascular tasks.

When a comparison is made with manipulation, there seems less contact and fewer unnecessary movements pertaining to the vessel wall, a shorter path from access to the target, fewer HITS during TCD evaluation and decreased performance variability even when the hands of the operators are extremely experienced.

The Reduction of Radiation Exposure

There is a significant reduction of radiation exposure for the operators because the x-ray source is not located right near the workstation. The requirement for axillary access has been removed because the robotic sheath is stable. Even when manual input becomes necessary, the stability of the robotic sheath makes the changes required for decreasing radiation even faster. This is especially true regarding the higher risk procedural stages including visceral interventions. Experienced operators have a shorter learning curve while their performance is enhanced. Operators with less experience must reach the correct competence level sooner to ensure a better degree of safety.

The most recent robotic catheter systems for commercial use do not have the capability for integrated localisation. They are capable of providing an exceptional platform for the integration of intelligent imaging and sensing technologies. This brings the platform a step closer to intervention that does not require x-rays. This is what the Imperial Hamlyn Centre is focusing on with the support of an investment of multi-millions of pounds from ESPRC. The patients appear to be embracing the novel technologies despite slow adoption. The roadblocks for adoption include implementation, culture and training challenges.

The main barrier is the cost. More widespread usage is being hindered due to a lack of high-level evidence. High-level evidence for a generation requires a lot of time. Medical robots have a dynamic nature not compatible with randomised or level-1 trials, This makes them unable to generate evidence for long-term efficacy. Once the driver for primary diffusion proceeds from R&D to marketing, another important constraint must be considered. This is the continuation of novel technologies using clinical feedback as the basis after they have been released on the market. Guidance has been published by The Royal College of Surgeons.

This involves the implementation of new techniques and technologies with a stress on the importance of innovation. This must include the highlights for patient selection, the management of conflicts of interest, the importance of team training and monitoring outcomes using well-structured databases and registries. The need for financial incentives regarding scaling-up and clinical translation must be emphasised including the Technology Tariff and innovation.

The expectations for the medical robotics market is $22 billion by the year 2027. The NHS has already provided £50 million in seed money for a robotic framework. There are limits to robotic catheter technology regarding the procedural stage. Despite this, the technology is still extremely valuable, feasible and safe for complicated tasks. This includes FEVAR for complex embolisations and manipulation in the arch. The reduction of radiation has a lot of potential for both the staff and the patients.

The world has entered an era where the need to improve the cost-effectiveness and durability of endovascular intervention has become pressing. Robotics will have an important role through sensing, materials, endosuturing, image guidance and surveillance and manufacturing strategies.

An early effort is being made for the creation of a surgical option that is minimally invasive for aortic pathology. This has resulted in laparoscopic aortic surgery being developed. The techniques developed are strictly lap-assisted and laparoscopic. Since the number of series for completely laparoscopic aortic and laparoscopy-assisted treatments is small, a technical challenge has resulted regarding this approach. This appears to be a deterrent for the vascular surgeons who perform vascular surgery the most frequently. Ever since endovascular therapeutics were developed, percutaneous treatment has offered fewer complications with a less invasive option.

The industrial focus and scientific research have led to developments occurring at a much quicker rate. As of right now, a lot of the vascular procedures being performed are all endovascular. Due to the less invasive nature of the procedure, physicians and patients are being driven towards using an endovascular approach for numerous different pathologies. The Royal College of Surgeons has recently issued a publication regarding the future of surgery. This is to determine which technologies will make the biggest difference for the future. The information obtained is expected to be incredibly important for this particular field.

The Most Current Events Pertaining to Medical Robotics

The significant growth of medical robotics has led to the performance of minimally invasive procedures. There are a lot of advantages being offered by this system. This includes fewer cuts, less pain, faster periods of recovery, smaller incisions, significant savings in cost, a decrease in scarring and enhanced safety. According to the most recent reports, a medical device company based out of the United States revealed in excess of 1.5 million minimally invasive surgeries occur in the United States every year.

There are also other studies showing there have been complications and technical difficulties experienced when these procedures are performed with the use of robotic systems. According to the FDA, a link has been established regarding surgical robots for 8,061 device malfunctions, more than 1,391 injuries and over 144 deaths between 2000 and 2013. Despite both the disadvantages and advantages, the medical robot market is expected to be worth 5.47 billion United States dollars by 2017. By 2023, the estimation is 16.74 billion. This makes a CAGR growth rate of 21 percent.