Restless legs syndrome, also known as RLS or Willis-Ekbom disease, is a problem that 7-10% of individuals face all over the world. Characterised by an irresistible urge to move, shake, or bounce the legs, RLS is a real issue for those who suffer from the many symptoms that accompany the syndrome. From pain in the legs to loss of sleep to daytime fatigue, there’s clearly a lot more to RLS than simply calming down or sitting still.

There’s typically no one single issue that causes it and there’s no known cause for RLS — it’s often a combination of many factors, making the process of narrowing down the symptoms to the root of the cause almost as exhausting as RLS itself. 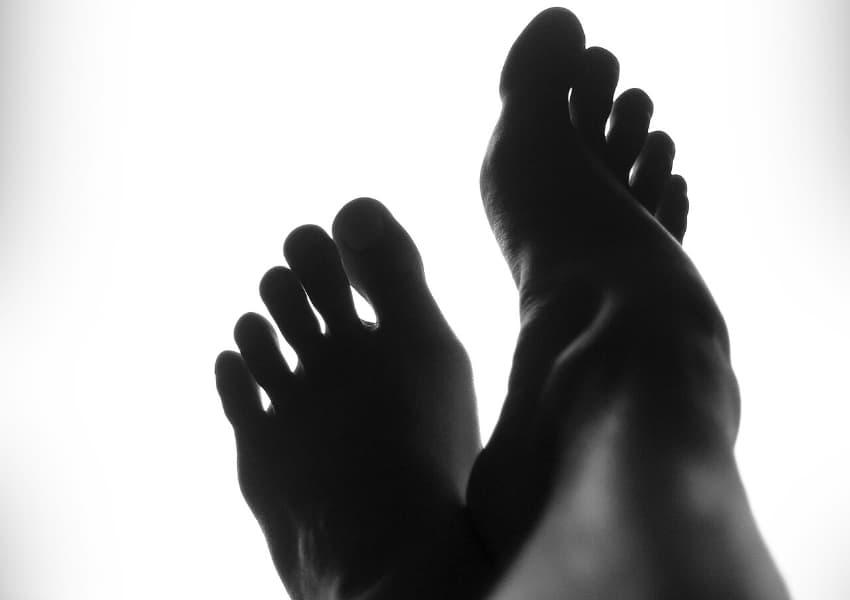 Before getting into the ways to naturally treat RLS, it’s important to break down all the most common factors that could be causing it. As evidenced by the complex nature of the syndrome, it isn’t always easy to get to the root of its cause.

Typically, restless legs syndrome is attributed to low levels of iron, kidney disease or failure, rheumatoid arthritis, diabetes mellitus, Parkinson’s disease, and even pregnancy. (Doctors oftentimes struggle to locate the exact source of RLS in patients — there’s so many possibilities as to why the patient feels this insatiable urge.)

RLS can also be a side effect of a medication. Restless legs syndrome has been seen in individuals taking prescriptions for a whole slew of ailments ranging from antidepressants to antihistamines to antipsychotics to calcium channel blockers.

But what about a scientific explanation? Why exactly is there such an unavoidable urge to move the legs and sometimes even the arms?

The science of restless legs syndrome

There are actually two main types of RLS: early onset, which manifests itself before the age of 45, and late onset, which comes after the 45-year mark. The former is typically hereditary and often gets worse as time goes on. The latter is not hereditary and doesn’t usually get worse. Instead, it arrives quickly and plateaus.

Both doctors and scientists are perplexed as to why RLS happens. Scientists know it has something to do with dopamine levels in the brain and the iron levels in the body, but anything beyond that is nothing more than an educated hypothesis. As such, there’s no specific medical test to diagnose RLS — it’s more of a trial and error that involves eliminating other possibilities to whittle the list down to RLS as the one sole cause of the symptoms.

Once doctors are able to narrow it down to restless legs syndrome, they can either prescribe a dopamine agonist to get more dopamine flowing, suggest iron supplements, or encourage the patient to look into the following natural remedies.

Restless legs syndrome can be exhausting. The ceaseless desire to bounce the legs takes plenty of power to resist and even more energy to actually carry out. By the end of their day, someone with RLS can feel as if they’ve just finished a marathon. Yet, by bedtime, they can feel too fidgety to relax and fall asleep. It’s a harsh, relentless cycle that can leave RLS sufferers feeling hopeless or depressed.

There are solutions, though.

Cut out caffeine, alcohol, tobacco, and other harmful habits

While there’s no way to prove that RLS is caused by these addictions, they certainly aren’t helping. Any doctor will tell you this: cut out these substances because they’re only going to make things worse. Caffeine in particular prides itself on providing energy to a person, so it’s quite likely that this is the most harmful of the three.

Dairy (especially dairy products high in sugar like ice cream or yogurt) may also be a contributing factor to RLS for some. Just like caffeine, sugar is typically associated with more energy which is bad news for restless legs.

Make a warm or cold compress

While one might associate a compress with an injury or some sort of swelling, it’s true that a warm or cold compress can help resolve the feelings that come with RLS. It has nothing to do with solving the root of the problem and everything to do with wallpapering the symptoms: instead of the urge to move, the brain is now focusing on the hot or cold feelings on the legs.

It’s definitely not a long term fix, but it’s absolutely worth a try. Additionally, the compresses may even aid in getting blood flowing to the legs — this is a real benefit for those who suffer from diabetes and have RLS as a result.

Since it’s already common knowledge that iron supplements can be a great tool to combat restless legs syndrome, there are some doctors who believe that magnesium can also do a great deal of good to treat RLS. The mineral, like calcium, is essential for the body to strengthen bones and muscles.

It’s been reported that RLS can be caused by calcium channel blockers, so this solution makes a lot of sense. Doctors add that a multivitamin often isn’t enough — the best way to get magnesium is through its own supplement instead of through something with small doses like a once-daily all-in-one supplement.

Sick and tired of feeling like you constantly need to be moving your legs? For RLS sufferers, there’s one home remedy that might sound obvious but actually proves to be very effective: getting rid of the urge to move by simply moving. Stretch. Exercise. Go for a run. Hop on a bike and ride. Lift weights.

Any combination of these things will suffice. The key is satisfying that intrusive desire with a solution that will benefit your body. This way, the body is benefiting from exercise while also getting rid of the desire to move more. Remember, though: heavy exercise before bed is not good, so it’s best to do some light stretching if it’s late.

Change up your nighttime routine

Anyone suffering from RLS will tell you that one of the very worst parts of the syndrome is lying in bed with nothing to focus on but resisting the impulse to move. To get rid of this, try taking a nice bath or shower before bed and then follow up with a massage or a weighted blanket for your legs. This one-two punch of counter-stimulation is sometimes enough to get the brain to think about different sensations other than the ones associated with RLS. Plus, these self-care activities are known to reduce anxiety, as well.

Don’t be afraid to ask for help

Sometimes a home remedy (or remedies) just can’t solve the underlying issue. When it gets to that point, there’s only so much an individual can do on their own. This is when it makes the most sense to seek help from a medical professional.

No matter how many different combinations of sleeping habits, exercise, and counter-stimulants one tries, there are certain cases of RLS that are simply too severe for natural solutions. When it gets to the point where nothing you do seems to provide any relief, please consult a doctor. In the long run, it’ll ultimately be what’s best.