Veins are the tiny tubes that form the human circulatory system which is responsible for carrying blood around the body. These veins are also some of the most sensitive parts of our body and in most cases, we can visibly see if something is wrong.

Thread veins are characterised as tiny dilated veins that are visible as they remain close to the surface of the skin. If we were to describe what these dilated veins look like, they can be likened to a spider’s web but they are either reddish or bluish in colour. This medical condition is relatively common for those aged 50 and up but it can happen for the younger people. Thread veins are also more common along the legs and the face.

Since these are very common, medical experts have found some of the reasons why facial thread veins appear. 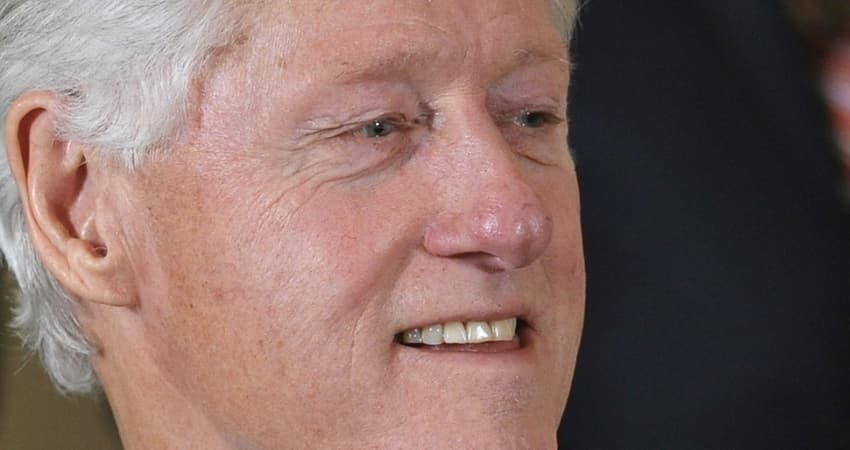 This is the most common cause of thread veins. As we get older, changes occur on the parts of our body including our skin. It becomes thinner and more susceptible to damage from various factors. It’s not just the surface of the skin that changes, as deeper layers such as the subcutaneous tissues become more fragile as well. As it gets thinner, the blood vessels under the skin become more visible. Aside from this, our vessels become weaker as we grow older so the chances of them breaking are increased as well.

Rosacea is a chronic skin condition that is often mistaken as a case of acne or severe allergic reaction. It causes redness in the skin and it may also produce small pus-filled bumps similar to pimples. Another visible effect of rosacea is thread veins. This chronic condition commonly affects middle-aged women but men aren’t immune to it. Moreover, people with fair skin are more likely to develop rosacea more than other people.

The reason why a person develops rosacea is currently unknown. However, medical experts believe that it could be caused by hereditary and environmental factors such as temperature. What’s certain though is that it is not caused by poor hygiene. The symptoms of rosacea can worsen if the patient gets an increased blood flow on the surface of his skin. As such, patients are advised to avoid alcohol, sunlight, spicy foods, and even certain cosmetics as these could aggravate rosacea further.

Pregnant women undergo a ton of changes that are caused by influxes in their estrogen. The hormonal imbalance could then lead to broken blood vessels on various parts of the body, hence the thread veins. The good news is that pregnancy-related thread veins naturally heal days or weeks after the patient gives birth.

There is more to sneezing or coughing than meets the eye. When we do these bodily functions, our facial muscles contract to handle the sudden pressure. This basically means our blood vessels are affected by pressure too. There is a chance that we could develop thread veins upon sneezing, coughing or vomiting if the internal pressure is too much for our veins to handle. Internal pressure could also be caused by outside factors including heavy weightlifting. Since older people have more fragile vessels, they have a higher chance of developing the condition from this factor.

Muscle injuries that leave bruises on the facial area could also rupture a blood vessel. This will, later on, result in thread veins. In some cases, the thread veins disappear once the bruise or injury heals.

It is well-known that too much exposure from the sun is harmful to our skin, that’s why sunblock lotions are always recommended on a very sunny day. Sunlight will eventually enlarge the blood vessels making it more visible on the surface. It could also cause the vessels to rupture. Sunburns could also make blood vessels more visible on the surface after the top layer of the skin peels off.

Alcohol causes our skin to flush because it enlarges our blood vessels above the regular size. Binge drinking or heavy alcohol consumption could eventually lead to facial thread veins as the vessels will eventually break from the consistent changes it is going through.

Drastic and abrupt weather changes will affect our body in numerous ways but it will mostly take a toll on our blood circulation. Similar to alcohol consumption, the skin on our face will begin to flush caused by the enlargement of blood vessels. Some vessels may suddenly burst at this time and this result in a thread vein.

One of the reasons why we are advised to regularly wash our face especially after going out is that our skin would have attracted environmental and chemical irritants. These could cause skin damage which makes our skin more fragile. If damaged, the blood vessels become more visible as well.

Although medical experts have determined that genetics are a part of the reason why thread veins occur, they have yet to determine exactly why this condition passes on to other generations. If a person has relatives who developed thread veins well into their golden years, then he has a heightened risk of developing it as well. If genetics is the reason, then there isn’t a lot an individual can do to prevent it from happening but that doesn’t mean they can’t have it treated. Let us now take a look at some of the effective treatments for facial and leg thread veins.

There are numerous treatments for facial thread veins and these will vary depending on how the patient acquired the condition in the first place. For pregnant women, the condition is left to heal on its own. For those suffering from rosacea, they will have to treat this condition to rid themselves of thread veins. There are common treatments as well.

During this treatment, doctors will inject the patient with sclerosing agents which can help temporarily remove the thread veins. The effect usually lasts for a few weeks. It works by sealing up the affected blood vessels. Aside from being a temporary fix, another downside of sclerotherapy is that patients could feel discomfort and pain during the first few days following the treatment.

Using lasers, doctors will destroy the thread veins from the surface. This is one of the more expensive treatments for thread veins and multiple sessions are often necessary. Laser treatment can also damage the patient’s skin making it more sensitive so they will have to take extra precautions during the recovery process.

Creams like retinoids will promote skin and blood vessel growth. It is commonly prescribed to people with thread veins that aren’t too severe. Like topical steroids, retinoids will need to be taken at the proper prescribed amount as this could dry out and damaged the part of the skin where it is applied.

There are several home remedies for thread veins as well but these are best reserved for when the condition is not caused by other medical issues. It is also a good idea for patients to discuss home remedies with their doctor for further medical advice. Ideally, it is best to test out a home remedy on a small patch of skin first to watch out for any side effects. These home remedies include

When To See a Specialist

Facial thread veins are more of an aesthetic issue but there are some cases wherein it will need medical attention fast. Ideally, patients will want to go to a doctor if they experience these signs:

If any of these signs appear, there could be underlying issues on the skin. In some cases, there could be a blood clot where the thread veins are. As such, it would be best to find a vascular specialist to check out the area extensively.

Facial thread veins are a problem that countless adults worldwide face. The best way to avoid this condition is by having a full understanding of what it is and how it occurs. Hopefully, this piece will serve as a great guide for people who are hoping to live out their lives with their skins blemish free.